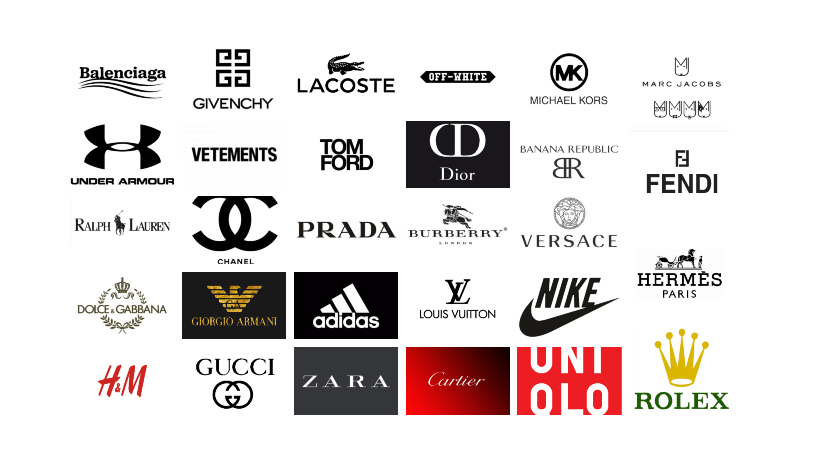 The clothing industry is one of the oldest businesses in the world. Most famous luxury clothing brands were born in Europe, especially in France, Italy, and the United Kingdom. Despite global economic uncertainty, the luxury fashion sector continues to grow faster than many other industries, according to BritainReviews.

Famous fashion houses create and sell clothing that gives rise to new fashion trends.One of them is Fendi Kids. Usually, these items of clothing are available in a limited quantity and are extremely expensive to purchase. We have created a top 10 Famous Luxury Clothing Brands based on online fashion brands reviews.

Gucci is an Italian luxury fashion brand founded by Guccio Gucci in Tuscany in 1921. The fashion house became the most sought-after clothing brand in the world under the creative leadership and digital marketing strategy imposed by Alessandro Michele, who took over the Gucci empire in 2015.

Chanel is a French luxury fashion house specializing in haute couture clothes, clothing, bags, sunglasses, footwear, cosmetics, perfumes, jewelry, belts, and other accessories. Chanel was founded in Paris in 1909 under the name “House of Chanel” by Gabrielle “Coco” Chanel, a former singer and fashion designer.

Louis Vuitton is a popular French fashion house founded in Paris in 1854 by creative designer Louis Vuitton. For six consecutive years, between 2006 and 2012, Louis Vuitton was named the most valuable luxury brand in the world.

This Italian brand was created by Giorgio Armani in 1975. When you see someone wearing Armani clothes or clothing accessories, you know instantly that they are part of high society.

Armani currently owns a wide range of clothing, perfumes, and fashion accessories and over 2,000 stores worldwide. Armani is one of the most coveted fashion brands in the world. Celebrities such as Michelle Pfeiffer and Richard Gere are often seen wearing Armani. The brand has several brands such as:

In Rome, 1925, the year in which the Fendi brand began to be the pride of the city in the world of fashion everywhere.

It all started with Adele Casagrande and her husband Edoardo Fendi, who opened a fur workshop in the city center. The Fendi couple had five daughters (Paola, Anna, Franca, Carla, and Alda), who later took over the fashion house, and they were involved in the project from the age of 15. However, they managed to change and elevate the brand with the help of Karl Lagerfeld, who is the designer of the fashion house for half a century.

The Versace brand is rightly considered the embodiment of luxury, sensuality, and sexuality. Founded in Italy in 1978 by brothers Gianni and Santo Versace, the brand quickly gained world fame.

Born in the town of Granville on the Normandy coast in 1905, he was the son of a fertilizer producer and was one of the family’s five children. At the age of 5, he moved with his family to Paris. Although his parents hoped he would become a diplomat, Christian was always inclined toward art and began selling his first sketches on the street to make pocket money. After finishing school, he took over a small art gallery that his father bought for him, where he and a friend sold works by artists, including Pablo Picasso, according to Vogue.

It all began in 1856, when Thomas Burberry founded his first clothing store in Basingstoke, Hampshire. Being constantly looking for the perfect fabric for his creations, he invents the material that has become a real revolution in the field. Namely “Gabardina” made Thomas famous and brought him the success that helped him in 1891 to open his first luxury store in London. He invented the ideal, waterproof and waterproof material that quickly became popular with travelers and athletes.

The brand Moncler is familiar to anyone who loves mountains and comfortable clothes. The brand name is derived from Monestier de Clermont – a city located near Grenoble, wherein in 1952 René Ramiyon founded the brand, which became one of the best known among the manufacturers of outerwear. Rayon was one of the most famous manufacturers of mountain ski equipment in Grenoble.

Dan and Dean’s identical twins born in Toronto, Ontario, in a family with 9 children are fascinated by young fashion and start by creating outfits for their sisters.

In 1983 he moved to New York to study at a design school, and in 1991 he left for Milan to pursue his dream in the world of fashion and succeed. He works as designer for Gianni Versace and the Diesel brand.